On 04 November 2018, The Council of European Jamaats hosted a sports retreat for all sports leaders from the Jamaats. Two facilitators, Abbas Merali and Mariam Hassam together with 14 sports leaders attended the workshop. There were representatives from Hyderi, Stanmore, Milton Keynes and Birmingham Jamaats.  A couple of ladies, also joined the session.

The group first got together to look at a vision of where they see sports in the next ten years. A lot of positive points came through, one of them being the virtuous triangle model consisting of mosque, madrasa and sports. Different sports would be played and different teams and leagues would be present. There would be Innovative technology and a unity amongst the sports clubs. Excellence would be strived for and as a result we would have a a more physically and mentally fit community.

The president, vice president, treasurer and councillor of CoEJ were all present at the session to show their commitment. Everyone agreed that it was important that sports was accessible for all men, women, children, and the disabled and that we need a more united approach. CoEJ agreed to be a common platform.

Some of the points that were agreed on were: 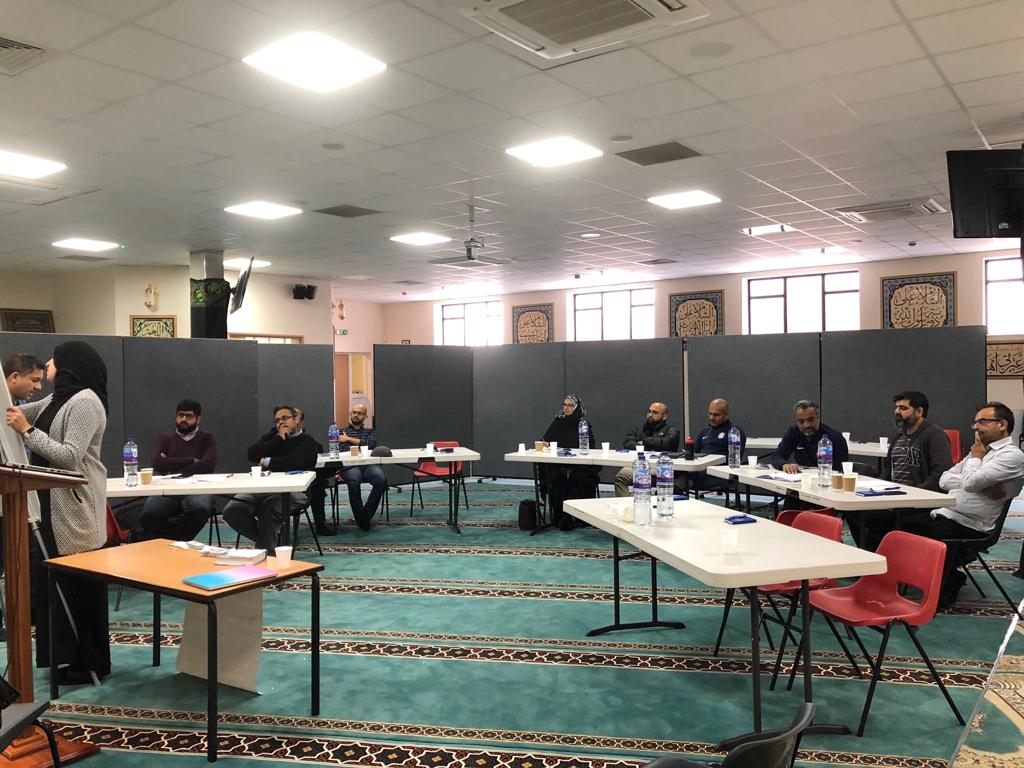